The voice of Dutch business
The Confederation of Netherlands Industry and Employers (known as VNO-NCW) is the largest employers' organisation in the Netherlands. VNO-NCW represents the common interests of Dutch business, both at home and abroad and provides a variety of services for its members.

Over 160 (branch) associations are members, representing more than 185.000 enterprises. They cover almost all sectors of the economy, including more than 80% of all medium-sized companies in the Netherlands and nearly all of the larger, corporate institutions. The current president of VNO-NCW is Ingrid Thijssen, who took up the position on September 15th, 2020.

What VNO-NCW does
VNO-NCW represents the interests of Dutch business and industry and provides a range of services to its members. VNO-NCW strives to represent its members' interests by promoting a high quality business environment and investment climate in the Netherlands, with a view to boosting the competitiveness of Dutch industry. VNO-NCW's involvement extends to matters relating to education, infrastructure, public finances, taxation, the environment and social security.
VNO-NCW's role in representing its members is reflected in its active ongoing contacts with the government, politicians, public authorities, trade unions and non-governmental bodies. As such VNO-NCW helps to define the socio-economic climate in the Netherlands; it also contributes to the drafting of new laws and regulations and has a say in government decisions which may affect the business sector.

As the voice of Dutch business, VNO-NCW participates in numerous government advisory and consultative committees. The most important of these are the Social and Economic Council (SER), one of the Dutch government's key advisory panels, and the Labour Foundation, the official central consultative forum for employers' and trade union representatives. VNO-NCW also consults with the government regularly on behalf of Dutch industry.

Alongside these largely institutionalised forms of representation, VNO-NCW also maintains less formal contacts with politicians, governments and other social groupings (such as other employers' organisations at home and abroad, trade unions, environmental groups and consumer organisations), the media and international organisations. To help it represent the interests of Dutch business in the European Union, VNO-NCW has its own office in Brussels. It is also a member of the European employers' organisation and actively participates in the policy-making of this body. At an international level, VNO-NCW represents Dutch companies in the Geneva-based International Labour Organisation (ILO) and, through the BIAC, in the OECD, the collaborative association of Western industrialised nations. VNO-NCW also has its own representatives in dozens of countries around the globe. A key part of the services provided by VNO-NCW consists of the large volume of up-to-date information it maintains relating to business and industry. This information covers the entire socio-economic, economic, financial, fiscal, legal and ecological spectrum. VNO-NCW's provision of rapid, reliable and customised information allows companies to exploit relevant developments at an early stage. VNO-NCW's written publications (e.g. Weekly Bulletin, Forum) are a key part of this service. Other aspects of the services provided include direct contacts between VNO-NCW representatives and its affiliated members, information brochures, information gatherings and a telephone helpline. The service provided by VNO-NCW primarily targets its affiliated sector organisations, direct member companies and regional employers' associations.

Membership
Over 115,000 enterprises are directly and indirectly affiliated to VNO-NCW. The majority derive their membership through over 160 (branch) organisations that subscribe to VNO-NCW. Some companies - chiefly the bigger ones - have direct membership. VNO-NCW's members represent almost every sector of the Dutch economy, from industry and commercial services to construction, the retail trade and the health care sector, and from capital- intensive to labour-intensive businesses.

VNO-NCW represents the whole of Dutch industry, from the smallest firms to the largest corporates.
It represents:

The role of the VNO-NCW members (executive and committees)
The members of VNO-NCW fulfill a crucial role in the work of the organisation, since they help to prepare and ultimately determine the policy VNO-NCW pursues. In terms of policy preparation, members participate in a large number of committees (classified according to policy area), as well as in platforms and monitoring groups (classified according to sectors and business categories). These are not only important for policy preparation, but also play a crucial role in the provision of information. With regards to policy-making, the members basically decide on the position adopted by VNO-NCW on relevant issues.

The Executive Board is fully representative of VNO-NCW members, and includes small and medium-sized enterprises as well as multinationals.

Seats on the Executive Board are also distributed between the various regions and across all sectors of the economy.
The VNO-NCW president fulfills a special role in the Executive Board. Not only is he responsible for the running of VNO-NCW as a whole but he also acts as the confederation's external spokesperson.

Secretariat
As of September 2009 VNO-NCW cooperates closely with MKB-Nederland through a shared work organisation situated in The Hague. In 2008 VNO-NCW and MKB-Nederland decided to intensify their existing cooperation further, retaining complete independence of the two associations and their board structures. The secretariat of approximately 150 staff carries out most of the work of representation and service provision. The secretariat is divided into six policy groups and various departments.

VNO-NCW and MKB-Nederland also share a common office in Brussels headed by a permanent representative. The office is the link between Brussels policy-making and headquarters in 'de Malietoren' in The Hague. Four main tasks are dealt with:

The entrance to the parking garage is at the rear of the building (Boslaan). In the event that this garage is fulll, you can park in one of the surrounding parking garages such as Q-Park CS New Babylon. The Malietoren is a 5 minute walk from Den Haag Centraal train station.
De Malietoren
Bezuidenhoutseweg 12
2594 AV Den Haag
The Netherlands
T +31 (0)70 349 03 49
F +31 (0)70 349 03 00
Travel directions › 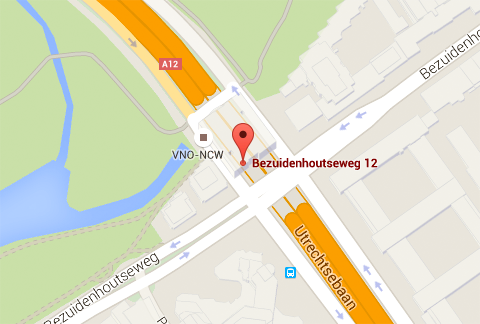 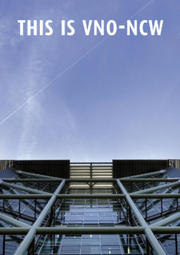 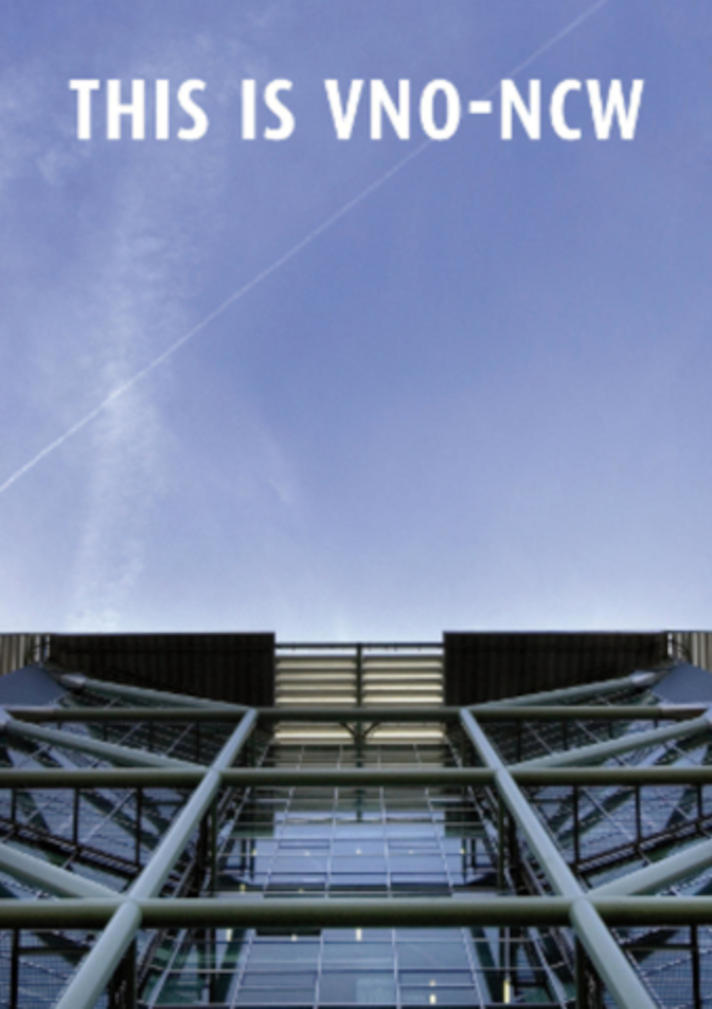